Bury student’s insight into life for the deaf 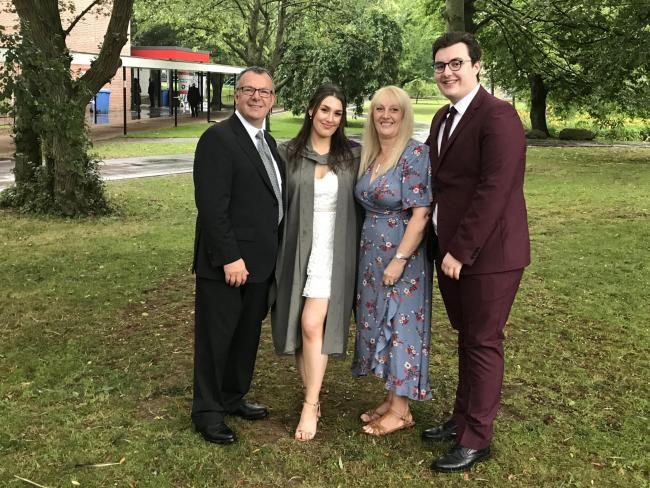 A CAMPAIGN by a Whitefield student whose parents are both deaf to integrate British Sign Language into all public service provision is going to Westminster.

Daniel Kostick, 19, wants to see it made routinely available for people accessing education, the NHS or the Department of Work and Pensions.

The film and visual arts student at Durham University wants interpreters provided in setting such as schools, GP surgeries and hospitals as with foreign languages.

Daniel and his 21-year-old sister Emma have grow up with parents Neil, 61, and Susan, 60, who have been profoundly deaf since childhood.

Now the family’s MP Ivan Lewis has taken up the campaign and is to introduce a Private Members’ Bill in Parliament to either legislate for British Sign Language (BSL) to be made more widely and easily available or to prompt the government to do so.

Daniel said:“I have profoundly deaf parents and am fluent in BSL .

“This has meant I’ve seen first hand what life can be like for someone who is deaf. I’ve had to see my parents struggle in a society that doesn’t accommodate them.

“There are many times, I’ve been unable to assist them. This has resulted in them attempting to go on their own and there being a communication breakdown or them not going at all.

“Of course I am happy to help my family but I should not have to.

“These inequalities exist beyond healthcare since 81 per cent of the 43,467 deaf children in the UK taught in mainstream schools don’t have special resource provisions and therefore underperform. This demonstrates a massive waste of potential as being deaf isn’t learning disability.

“Deaf people are stuck in an unaccommodating hearing world making deafness a disability purely in a ‘social model’ sense.

“The impairment itself isn’t the disability, rather the fact that our society does not meet the needs of that impairment. BSL is recognised as a language within the UK yet only Scotland is making moves to integrate it into public services, employment and education.

“This is something that is already having success in Scotland and supports people to become fully involved in daily and public life as active citizens.”
Independent MP Mr Lewis said: “I am very keen to help Daniel with his campaign and after Summer recess will be trying to bring this to Parliament as a Private Members Bill.

“I did not realise BSL was not properly integrated into our public services. It’s obvious it should be so deaf people can access public services properly.

“Hopefully I can get the bill into law or prompt the government to legislate to this effect itself..”

We use cookies, to enable essential services and functionality on our site and to collect data on how visitors interact with our site, products, services and for personalised ads. By clicking Accept, you agree to our use of these tools for advertising, analytics, and support.
AcceptReject Read More
Privacy & Cookies Policy

This website uses cookies to improve your experience while you navigate through the website. Out of these, the cookies that are categorized as necessary are stored on your browser as they are essential for the working of basic functionalities of the website. We also use third-party cookies that help us analyze and understand how you use this website. These cookies will be stored in your browser only with your consent. You also have the option to opt-out of these cookies. But opting out of some of these cookies may affect your browsing experience.
Necessary Always Enabled
Necessary cookies are absolutely essential for the website to function properly. This category only includes cookies that ensures basic functionalities and security features of the website. These cookies do not store any personal information.
Non-necessary
Any cookies that may not be particularly necessary for the website to function and is used specifically to collect user personal data via analytics, ads, other embedded contents are termed as non-necessary cookies. It is mandatory to procure user consent prior to running these cookies on your website.
SAVE & ACCEPT